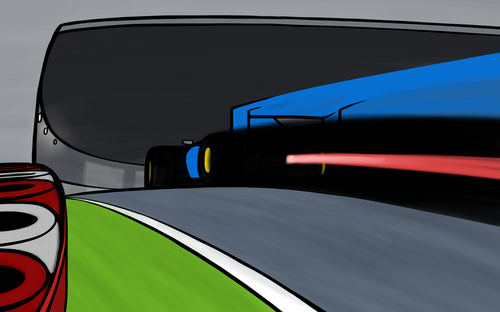 It's been two years since 1.0 came out, and I've been hard at work to improve all aspects of the game ever since, and been making promises of a huge update. Well - promises are to keep.

First things first: let me give you the essential details of what's new in this version. There are so many more items of content, major and minor features, and game balance adjustments in this update, that trying to list them all would be pointless. I will instead summarise most of them.

There are more things, of course, but their relative importance is somewhat negligible. Rather, they all play modest roles in improving the quality of the whole game. That brings me to the next point.

Following the rushed initial release of Formula XD and its difficult post-release period, I felt a lot of pressure to learn from my mistakes, and make the final form of the game into something I could regard without feelings of regret, but rather, with some satisfaction. To that end, I have spent much more time testing, but I'm also sharply aware that I can't perceive everything.

So, while I'm making sure that the MacOS version is up to scratch, and planning my next project, I'll also be keeping an eye open for reports of bugs or other problems. The best way to send these is to nitroglycerinltd@yahoo.com since I'm much more likely to see those on the day they are sent.  I'm strongly of the belief that anyone buying a copy of the game deserves the best customer service that I'm capable of.

The last thing I have to say about Formula XD Turbo, to wrap up, is that I have spent a good 8 years since university attempting to fulfil this personal dream of mine to make such a game, and at last I believe I have fulfilled this ambition, even if the road to it has been rocky and fraught with pitfalls. While there may be some further patches in the months to come, the game is, in essence, in its final form. The Turbo Career campaign and Steam's Global Wall of Fame are here from now to who-knows-when, and it represents the last and best challenge the game can offer.

So pick up the radio headset again. And go for it.